It was a year spent on an international student exchange that got Susan Price, Summer Hill’s Socialist Alliance candidate, interested in politics. That, a relationship and a film.

Tall with red hair, Ms Price says her friendships with Chileans while on exchange in the United States in the early 1980s was the starting point of her political activism. One of her first serious relationships was with a Chilean who had left his homeland with his family after the 1973 military coup in the country.

The violent ouster had removed the democratically elected Salvador Allende government, and installed the US backed military regime of General Augusto Pinochet.   Many thousands perished in the subsequent crack down on the left, including Salvador Allende , and the gifted New Song Movement’s Victor Jara.

Not long after coming back to Australia, Ms Price, 48, saw David Bradbury’s searing documentary, Chile, Hasta Cuando, (Chile, When will it end?).   It was “consciousness changing”, she says. She was horrified to learn that people can “suffer in that way and be summarily executed and disappeared”.

David Bradbury’s Oscar nominated documentary was described by The Sydney Morning Herald then as a “film full of the pain of an abused people … in rebellion against institutionalised torture and murder.” Its impact on a young Susan Price was far reaching. She had encountered, for the first time, film makers who took risks to expose the world of exposing human rights violations .

“It was probably the process of meeting friends in my late teens as an exchange student that opened my eyes to a whole other world that I had been protected from as a child.” 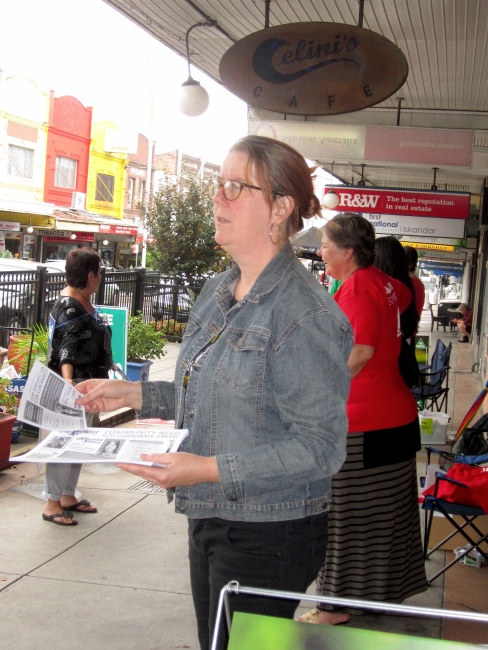 On Marrickville Road outside a pre-polling booth are representatives of The Greens, Labor and Liberal Parties and the Socialist Alliance candidates and volunteers.

At the Marrickville Rd Café nearby it’s busy and noisy, but the heady aroma of coffee fills the blue grey air.  Ms Price talks about her involvement with progressive Christian groups as a teenager in Brisbane. “You know, the do unto others kind of thing,” she says.

Her interest in left wing politics drew her to the only non-mainstream party in the early 1990s, the Democratic Socialist Party. The party grew out of various formations of Marxist-Leninist groupings in Australia and merged into the Socialist Alliance in 2010.

The Alliance has been contesting elections since 2001, and this is Susan Price’s third state election. The pace is grueling with 12-hour days and weekends that include door knocking, letter boxing, having a street presence and attending public events around the newly formed electorate.

Marrickville has been a Labor stronghold for many years, but The Greens are making significant inroads into the political life of the area with their concern for the environment, refugees and the impact of big business resonating with community.

The Socialist Alliance’s platforms are determinedly left wing with policies on participatory democracy, electoral reform, renewable energy and making NSW a refugee safe haven. The party is campaigning on a platform to shut down the Villawood Detention Centre in Sydney’s west, and allow refugee applicants to live in the community while their claim is being processed.

She regards the latter initiative as an important protest against the way the Federal Government is treating asylum seekers. “It’s going to take that kind of initiative to force the Government back.”

Drawing on examples of national and international issues being taken up by local government, Ms Price likes to bring issues down to the grassroots level such as the refugee welcome zone effort promoted by the Refugee Council of Australia. More than 100 councils across the country have signed up to this powerful and symbolic gesture according to the Council.

It is reminiscent of an initiative from the 1980’s and 1990’s when local governments across Australia declared their areas to be “nuclear free zones”.

“It meant that you could not drive trucks carrying anything radioactive through the City of Brisbane . And there were people who supported that policy who would have been happy to get out and put their bodies on the line to ensure that was the case if the Federal Government or a mining company tried to challenge it.”

New South Wales as a safe haven for refugees is an issue close to her heart, and she and she is keen to see people providing sanctuary for refugees, or blockading the Villawood Detention Centre to prevent deportation of asylum seekers.

“You can just start to imagine what could be possible if you had that kind of political position in a state like NSW and a big city like Sydney.”

It is here that Susan Price’s deep political engagement with human rights, connects with her lived experience. After completing her student exchange placement in the United States, she moved to Sweden for a couple of years with her Chilean partner. There, she taught English and was a care worker in a nursing home, where she had to learn Swedish to communicate.

“I’ve lived as a migrant overseas, and that was actually an eye opener. It was a bit of an opportunity to walk in someone else’s shoes for a change.   It was partly got me active in the first place in solidarity and internationalism.“

She sees it as an accident of fate that people end up being refugees. And with an insight gained from that experience, she ends her answer to the question with another.

“It could easily be you or me. And what makes anyone there-from Afghanistan or Sri Lanka or anywhere else any different to any one of us?” 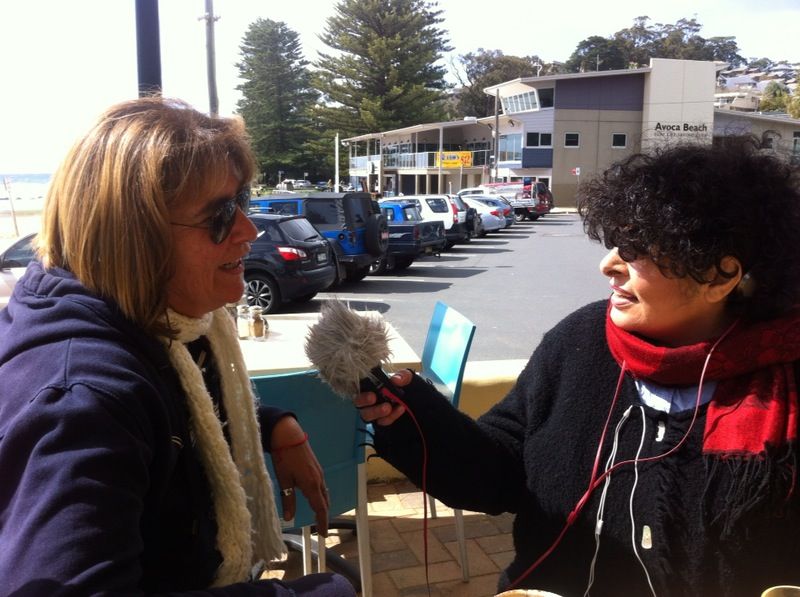 Audio feature: A short journey on a train through Sydney’s suburbs.

A day in the life of a Sydney labourer

Buildings kill millions of birds. Here's how to reduce the toll

Norman Day, Swinburne University of Technology As high-rise cities grow upwards and outwards, increasing numbers of birds die by crashing into glass buildings each year. And of course many others break beaks, wings and legs or suffer other physical harm. But we can help eradicate the danger by good design. Most research into building-related bird […]